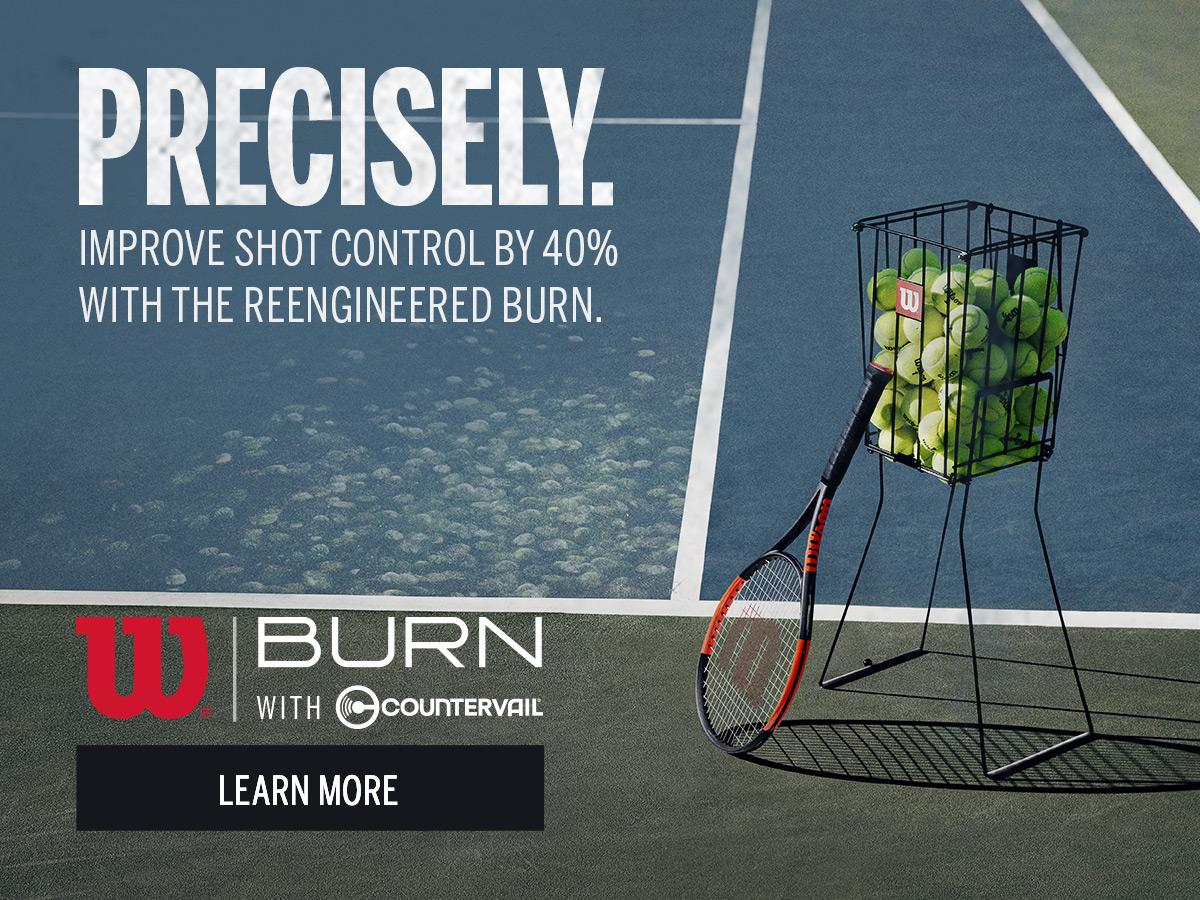 Introducing the Blade 100L V7.0! As the lightest model in the Blade family, this racket provides rising intermediates with a great entry point into the Blade franchise. In addition to giving you the traditional virtues of control and feel, this 285-gram racket packs some modern speed and spin. Compared to the Blade 98 16x19, the 100L is not only faster, but it also has a thicker, stiffer and livelier beam. The upshot is easier access to pace along with a crisper, more solid feeling stringbed. As with the other members of the Blade family, this stick benefits from FeelFlex technology which uses Wilson's proprietary Carbon Mapping to add torsional stability while also helping the racquet bend in ways that complement the explosive mechanics of the modern game. This racket also features a longer grip taper at the top of the handle, making it ideal for players with two-handed backhands. From the baseline, the Blade 100L V7.0 is a comfortably crisp point and shoot weapon. The near-even balance helps keep the racket steady against bigger hitters, and there are enough pace and spin available to play aggressive tennis. At the net, the Blade 100L draws a nice compromise between speed and stability. It comes around with decent speed to deliver an impressively solid feel for its weight class. The mass in the head not only makes it easier to volley against higher levels of pace, but it also helps when blocking back a big first serve. Intermediate players who want a user-friendly entry point into the control and feel of the Blade series should give this racket a serious look.

With the 2019 update to the Blade 98 16x19, Wilson doubles down on the outstanding feel that has come to define the Blade series. Like the previous generation, this racket combines a bold and elegant cosmetic with the same velvety paint finish that was originally launched with Federer's Pro Staff RF97 Autograph. Offering a slightly more headlight balance than previous generations, this update is designed to move a tad faster, but it still packs a swingweight north of 325-RDC, giving it plenty of plow-through and mass-based pop. Although this generation loses the Countervail technology, it packs a buttery 62RA stiffness.It also benefits from a  technology called FeelFlex which uses Carbon Mapping to add torsional stability while also helping the racket bend in ways that compliment the explosive mechanics of the modern game. Wilson also adds a longer grip taper to the handle, resulting in easier hand positioning for players with two-handed backhands. From the baseline this stick feels solid against pace, and the feedback at ball impact is simply outstanding. Full swings deliver effective power, and the high level of control will help you target the lines. At net, the Blade 98 (16x19) comes around fast for a racket with a 325+ swingweight. Block volleys come off the racket with decent pop and there is enough touch to drop the ball on a dime. Players who can get this stick moving fast will have enough pace and spin on serve to force some weak replies, and you'll have just enough mass on service returns to comfortably redirect higher levels of pace. Ultimately, with some minor spec changes and some impressive updates to the feel, the Blade 98 (16x19) continues its reign as one of the best alternatives to the stiff modern player's racket.

With this update to the Blade 98 (18x20), Wilson adds another chapter to one of the game's classic player's rackets. Like the previous generation, this racket combines an elegant and minimalist cosmetic with the same velvety paint finish that was originally launched with Federer's Pro Staff RF97 Autograph. Although Wilson has given this racket a slightly more head light balance than its predecessor, it packs a higher swing weight, giving it decidedly more plow-through. In addition to its buttery 62RA flex, the Blade 98 (18x20) has FeelFlex technology, which uses Wilson's proprietary Carbon Mapping to add torsional stability while also helping the racket bend in ways that complement the modern swing path (think more spin and power). Players with two-handed backhands will appreciate the longer grip taper that Wilson has added to this generation of the Blade.  On groundstrokes, this racket has the undeniably seductive feel that has attracted generations of Blade players. Although the 334-RDC swing weight is demanding, it pays dividends when redirecting the pace of a big-hitting opponent or attempting to drive the ball through the court. The 98 square inch head and tight 18x20 string pattern deliver a predictable and laser-like trajectory, making it very appealing to the big hitter who wants to keep more balls in play. On volleys, this racket does not get pushed around, and there is more than enough touch to drop the ball on a dime. Aggressive servers who can deploy this racket mass will be able to hit some well-targeted flat bombs with this one. On service returns, the high 330+ swing weight definitely helps keep the racket steady on blocks, chips, and counterpunches. Ultimately, with some impressive updates to the feel, this version of the Blade 98 (18x20) is a must demo for experienced players who want a traditional player racket with outstanding control and feel. The high plow-through is a nice bonus.

This Wilson tennis racquet was given all the best of their Burn technology, but made lighter-weight and pink!

The 100LS was built with the aggressive-baseliner in mind.